​​​TO INFORM, TO ILLUMINATE AND TO PROVOKE PEACEFUL POLITICAL ACTION TO PRESERVE, TO PROTECT AND TO DEFEND YOUR LIFE, YOUR RIGHTS AND YOUR BELONGINGS.

WHY YOU SHOULD PAY ATTENTION TO POLITICS? BECAUSE POLITICS HAS ONLY TWO PURPOSES 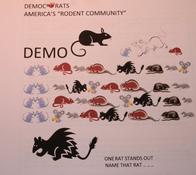 ​TO INFORM, TO ENLIGHTEN AND TO PROVOKE PEACEFUL POLITICAL ACTION TO PROTECT YOUR LIFE, YOUR FREEDOMS, YOUR RIGHTS AND YOUR BELONGINGS FROM THOSE WHO STEAL. 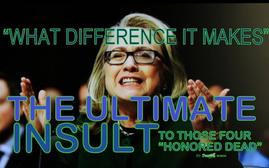 NEWSTOONS is the registered Service Mark of Andrew Mathews. No part of this website may be reproduced and or transmitted in any manner.  Copyright violations will be subject to prosecution to the full extent of the law.

​The role of a "free PRESS" is to guard the society from the corruption and excesses of GOVERNMENT - not private individuals or associations. The press has no business in favoring or promoting any political party.  The PRESS has NO BUSINESS in supervising THE CHURCH and the press is not in the business of "MORALITY.".

​In order to balance the political POWER structure, America's founders provided us three basic centers of POWER..The role of the government is limited but adequate in a free "democratic" society.  The purpose of GOV is to do the things individuals can not do by themselves, like national defense, maintaining roads, bridges and other infra-structures.

Our founding fathers in their eternal wisdom recognized one fatal flow in human character, that the strong will endanger the welfare and wellbeing of the weak unless there is some restriction on how much political power they can have.  So they established three fundamental, independent institutions to balance the political power they can have and so we have the church, the state and the press. The Constitution and the Bill of Rights gave unlimited freedom for individuals and that is how America became the mightiest nation on earth in less than two hundred years.  .

On the RIGHT we have people who are guided by the enduring values of FREEDOM of the INDIVIDUAL - our supreme value which is a gift from GOD (some people call him NATURE), the RIGHT to OWN PROPERTY, PERSONAL RESPONSIBILITY, belief in GOD. reliance on a limited, responsive government, extending a helping hand to those in need and a FREE MARKET ECONOMIC SYSTEM, which is the only proven system in the world that is just and fair to all members of a society and WORKING HARD to realize their AMERICAN DREAM.  And THEIR MOTTO is:

IN GOD WE TRUST

The purpose of "church" is to give MORAL GUIDANCE for a free society.  Religion plays a vital roll in peoples' lives across the world.  They believe in GOD or some other super-natural being influencing people's lives. Religion promotes higher values like love, compassion, generosity, mercy and hope in a troubled world suffering from violence, wars and natural disasters.

​On the LEFT we have people who are guided by an IMPORTED EUROPEAN POLITICAL and ECONOMIC NOTION - the NOTION that GOVERNMENT.is omnipotent, it is supreme and that people should SURRENDER, OBEY and SERVE government for protection, and they insist on FREE MONEY, EASY LIVING, GUARANTEED INCOME, UNLIMITED RIGHTS and ENTITLEMENTS - all provided by GOVERNMENT.  They are united, unyielding and they exercise enormous amount of POLITICAL POWER through alliances and interest groups.  They even have hijacked The New York Times, CBS-NBC-ABC evening news and the rest of our mainstream PRESS.  and THEIR MOTTO is

IN GOV WE TRUST

PLEASE ALSO SEE OUR OTHER WEBSITES AND BLOGS FOR CURRENT POSTIINGS:

​​THE "CHOKE BROTHERS" AND THE DUDE - PRESIDENT - LAVISHLY SPEND THE MONEY THE KOCH BROTHERS SEND TO WASHINGTON, IN THE NAME OF THE POOR. WHY ARE THEY STILL POOR ? .

What is happening to AMERICA ? There is a mass-movement coming from the LEFT through THE PRESS and mass media to convert America into a socialist society. That is a GREATER THREAT than "CLIMATE CHANGE" or ISIS..​ WAKE UP AMERICA !!!

​​TO INFORM , TO ENLIGHTENTAND TO PROVOKE PEACEFUL POLITICAL ACTION  TO PROTECT YOUR LIFE, YOUR FREEDOM, YOUR RIGHTS AND YOUR BELONGINGS FROM INDIVIDUALS AND INSTITUTIONS WHO STEAL AND PLUNDER OTHERS' WEALTH AND THEIR BELONGINGS .  THAT IS THE RECORDED HISTORY OF HUMANS.  SO STAY INFORMED AND GET INVOLVED TO KEEP AMERICA STRONG.